You may have wondered how long does a fish live, what is its average life in an aquarium and the truth is that, for sure, I could not tell you an exact number of years because fish can live from a few hours to a few years, depending many times on the resistance of the fish, how old it is and also how it is raised.

When they have in fish tanks, not aquariums, the most professionals say they can last is 2-3 years because the fish do not hold much longer due to the stress that they live in it. Others say that, if they are well cared for, they can last for many years and accompany you in your life.

The truth is that the fish we buy are usually small in age (about 2 months old) with which they will last us at least a couple of years if we take good care of them. Also depending on the species, you will make it last longer or shorter. For example, the fish that are used to clean the windows, the cleaners, can last much more than 2 years if they are well and not stressed, in addition to growing a lot.

Experts say that fish, with good constitution and well cared for (discover how long can you go without eating), they can live 10-15 years in aquariums (not in fish tanks) and they can even extend that age longer, exceeding that of a dog. But, as I told you, it must be a very well cared for aquarium where it does not lack anything.

A "guiding rule»Tells us that the larger the average size of a species, the greater its longevity, so that the larger it is, the longer it will live, although you have to take this into account for your aquarium, you will not want a fish too much large because it can eat other fish.

How long do orange fish live?

Most of the fish that we buy in shops dedicated to the sale of pet animals are usually called orange fish, carp or goldfish. They are the most popular species and the one that we most frequently see in fish tanks and aquariums. However, they are not the oldest.

These fish are much more delicate and fragile than we think. That is why there are cases in which we buy one of these little animals and they survive for only a few months, and even a few days. It is true that this rule is not always fulfilled, since with the correct care, we can make the orange fish endure with us in 2 to 3 years.

It must be borne in mind that these fish are raised in large ponds where they develop and grow rapidly, despite being young. Therefore, all those specimens that are in the bird shops and pet stores are very young.

How long does a clown fish live?

The clown fish they are one of the most attractive aquatic animals. Its striking orange and reddish color, combined with their White Stripes, make it unmistakable. It is true that within this group of fish, up to more than thirty species are housed.

In their natural habitat, these fish are found in warm waters of the Pacific Ocean, widely populated with coral reefs, accompanied by anemones, which offer them protection against possible predators at the same time that they provide various sources of food. In these circumstances, these animals live between two and fifteen years approximately, depending, yes, on the kind of clownfish to which we refer.

Unlike other species of fish that have also been bred for life in captivity, clown fish do not require very tedious care, so they are a good option to incorporate into our aquarium, in which, if nothing strange happens and they are well cared for, we can enjoy them from 5 to 10 years.

How long does a kite fish live?

The kite fish They are one of the best known small aquarium fish. Their wide variety of colors makes them very attractive animals, especially for the little ones in the house. In their favor, it should also be noted that they are very sociable, so they do not show problems when living with other species.

All these characteristics make the kite fish one of the most advisable fish for all those who are starting in this hobby. Moreover, it is an animal that does not need much care, despite belonging to the family of the kite fish or goldfish.

It's no wonder these fish can have a life in captivity of 5 10 years, as long as they are properly cared for.

How long does a guppy fish live? 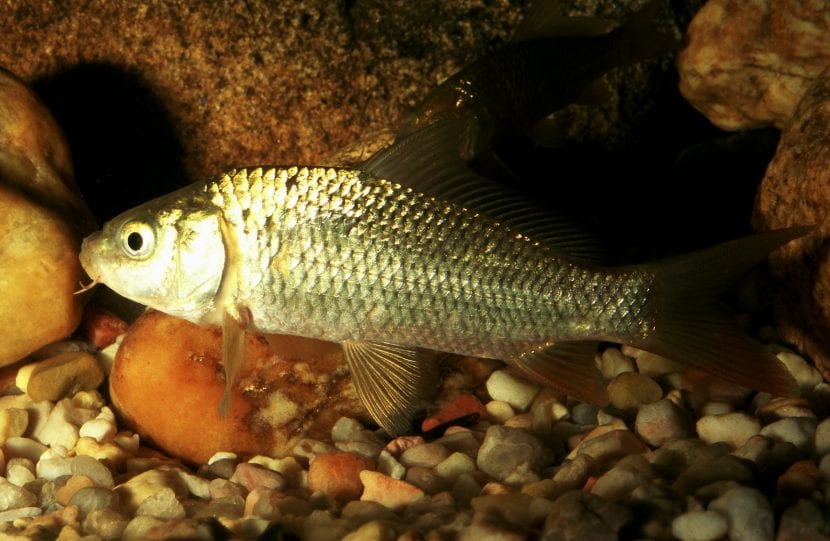 The guppy fish They are one of the varieties that breeders and fans are most passionate about. Within this species, we can find very different individuals from each other, in terms of color and morphology, hence its popularity.

They are animals that live in freshwater areas, mainly in those with low current such as rivers, lakes and ponds. In the natural environment, we find them in countries of Central America and Trinidad, Barbados, Venezuela and the north of Brazil.

The characteristics that the water that houses these animals must have must be: temperature between 22 and 28 degrees, 25 degrees being the most optimal; the pH has to be alkaline, and never below 6.5 or above 8. If we achieve all this, these fish will be able to live 2 years..

How long does a fish live out of water?

One of the biggest concerns for breeders is how long the fish can stay alive out of the water. And, contrary to what we think, these animals can endure some time outside the aquatic environment depending on what the conditions are.

If, out of the water, the fish is in a place with rather cold room temperature and deposited on a surface that does not absorb moisture quickly, it can last with life up to almost 1 hour.

There are cases in which the fish have jumped, incredible as it may seem, from the fish tank or pond. If this happens, and we still find our fish alive, we must introduce it as quickly as possible in a container that has the same water as the fish tank or pond. Subsequently, we have to rinse it delicately with the help of a cup, in order to remove any possible dust particles, etc., that have adhered to its skin. It is very important that we bear in mind that we do not have to rub the fish with force to avoid causing external injuries. After observing it a few 24 hours Inside the container and having verified that it is okay, we will proceed to return it to the fish tank or pond.

How long does a fish live in the sea?

Within a marine ecosystem there are endless species, many of them fish. Among the different species of fish there are multiple differences, and the life expectancy was not going to be less.

Normally, fish that live in seas and oceans live longer than their companions that do the same in lakes and rivers. There are fish that barely live a year, while others live up to half a century. Exceptionally, sturgeons and groupers have been found with more than Age 100. But if we were to make an average of the life expectancy of marine fish, we would say that it is close to the 20 years..

If we want to know how old a fish is, there is a fairly reliable trick. As with the rings that draw the trunks of trees, if we look at the scales of a fish, they also draw a series of growth lines. Each of these lines reflects one year of age of the animal. To do this, it is necessary to use a high magnification magnifying glass, since with the naked eye it is almost impossible.

How long does a cold water fish live?

Coldwater fish include those that live in lakes, rivers, and all domestic fish raised for aquariums and fish tanks. There are many varieties, but, unlike fish that live in marine waters, they tend to live for less time.

If before we said that marine fish can reach a very high life expectancy, even reaching 20 years. and much higher figures, cold water fish usually have a life span from two years to the 15 years.

We hope that with our article you already have a clearer idea of how long does a fish live and the life expectancy of these small (and not so small) fish that we usually have at home.

The content of the article adheres to our principles of editorial ethics. To report an error click here!.

Full path to article: Of fishes » Fish » How long does a fish live?

It may interest you